Teams & Clubs at If Only Farm

If Only Farm is the home of the Ithaca College Equestrian Team. We provide training, horses and equipment for the team who compete throughout New York State during the academic year. The Team competes in the Intercollegiate Horse Shows Association against other teams in the region.
Trainers: Audra Ravo-Putnam (Head coach), Terry Spada-Mayes, Liza Bourdon.

If Only Farm is also the home of the Cornell Dressage Club. We provide training, horses and equipment for the club which competes against other colleges within Region C of the Intercollegiate Dressage Association during the academic year.
Trainers: Carol Collyer, Terry Spada-Mayes and Heidi Hoffman 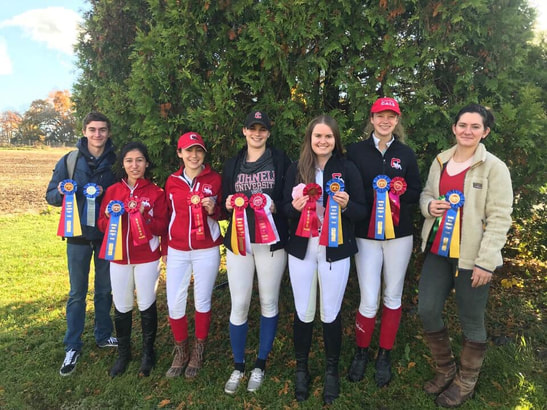