In late June 2019, the farm lost an extraordinary pony named Jiminy Cricket. Jiminy fought hard but could not defeat the suspected lipoma that had shut down his gut. Jiminy passed away peacefully June 23, 2019 at the age of 26.
Jiminy Cricket was one of the absolute best ponies If Only has ever had. He was a beautiful and talented small grey Welsh Pony who patiently taught many, many small children to ride, and was loved by them all.
In his life before coming to If Only Farm Jiminy was a beloved show pony who competed in hunter/jumper shows AND driving competitions.
Rest in peace, sweet Jiminy. 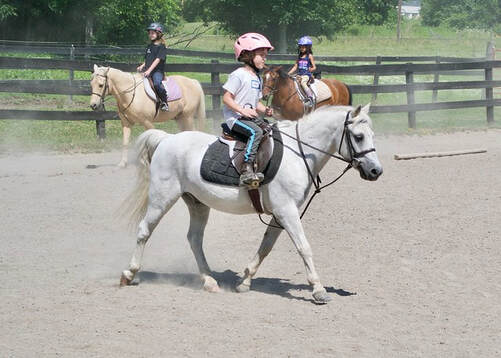 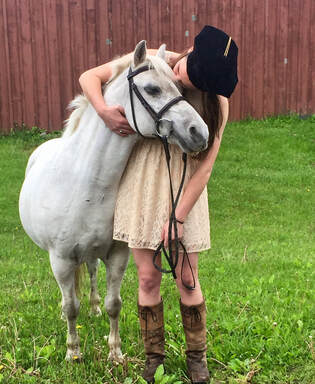 Jiminy with Sara Beno, one of his biggest adult fans, who celebrated her Doctoral graduation with him. 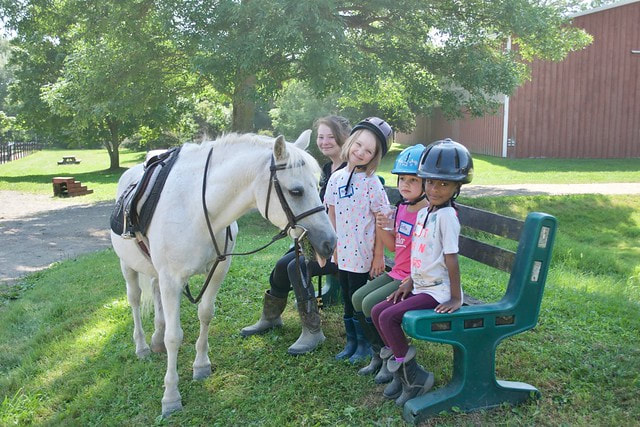 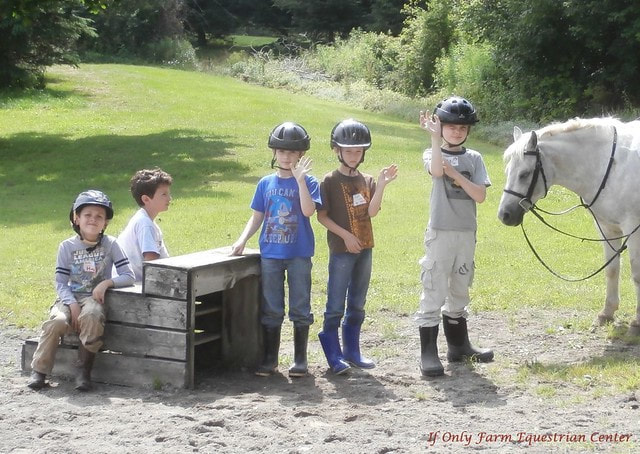 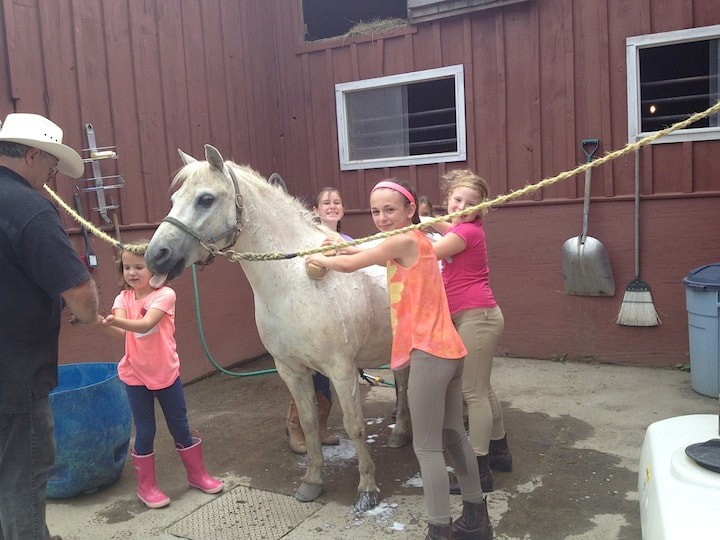 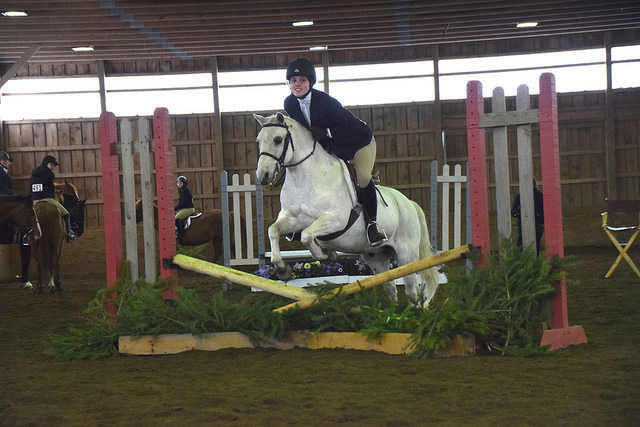 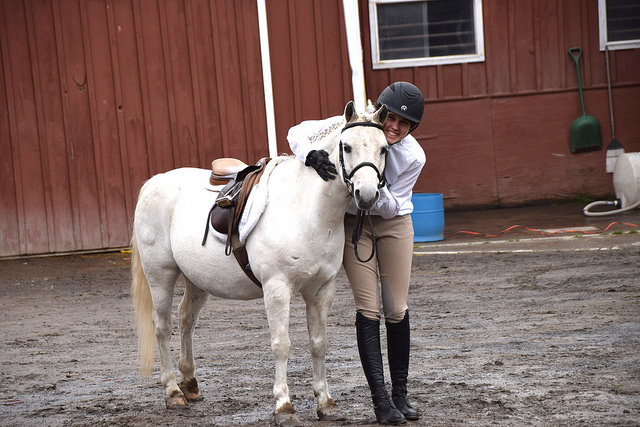 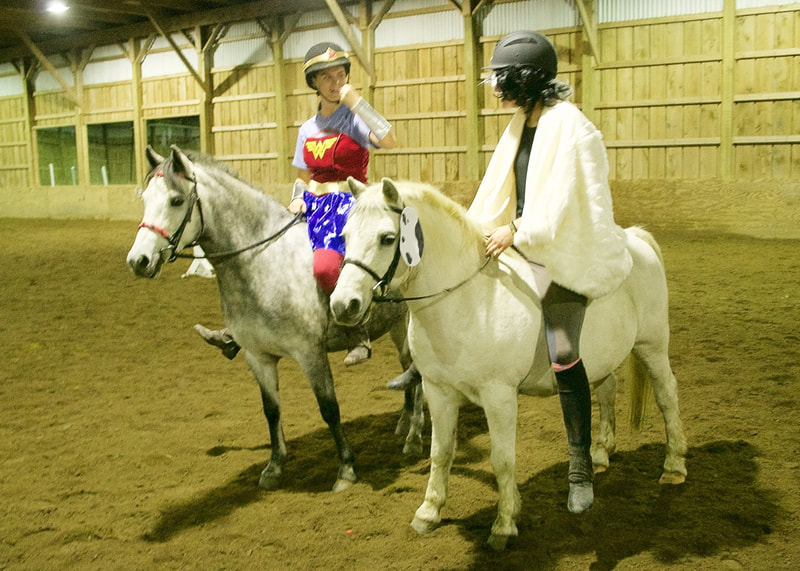 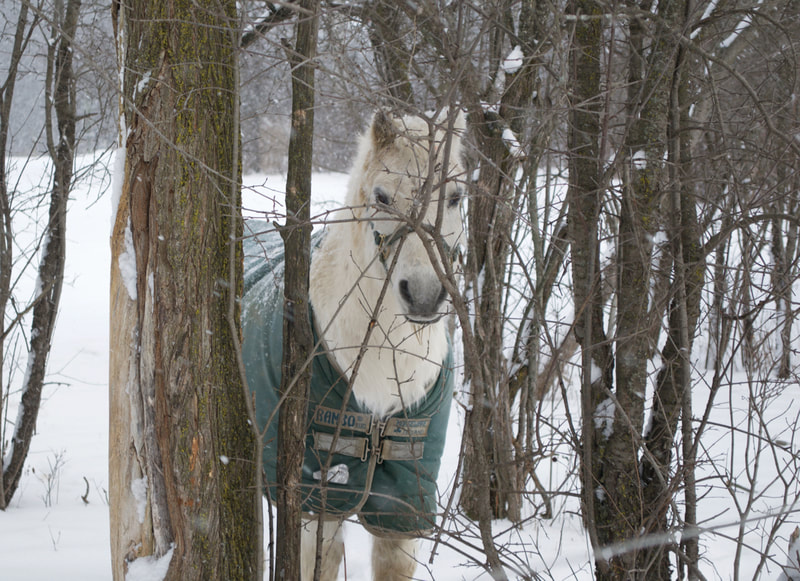 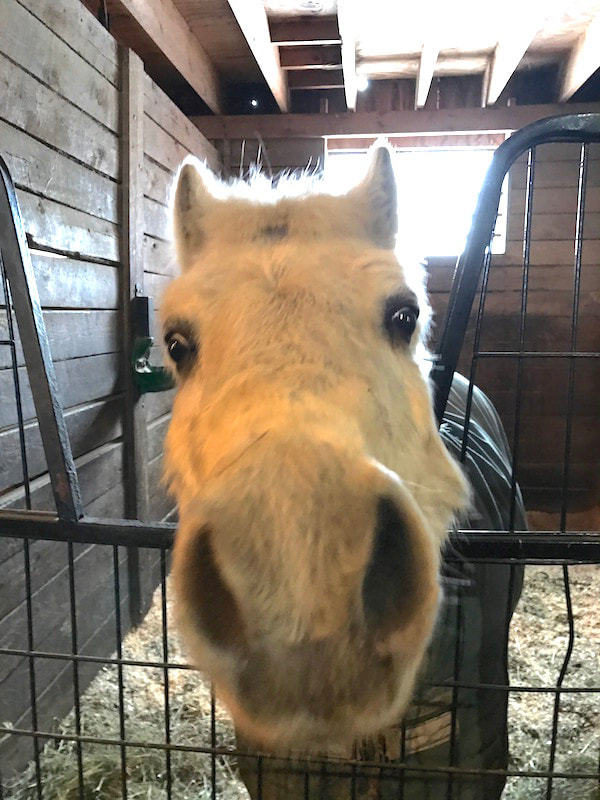 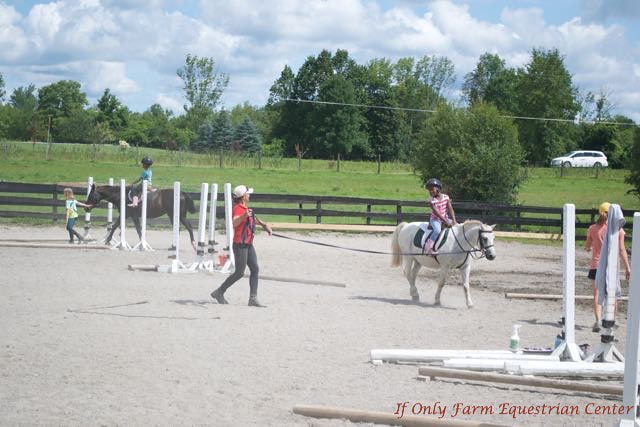 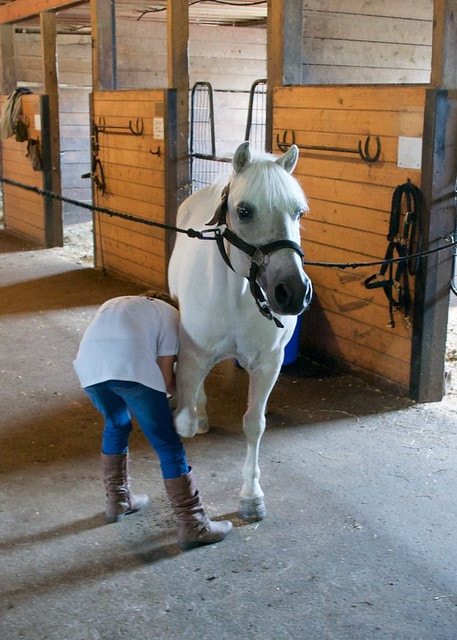 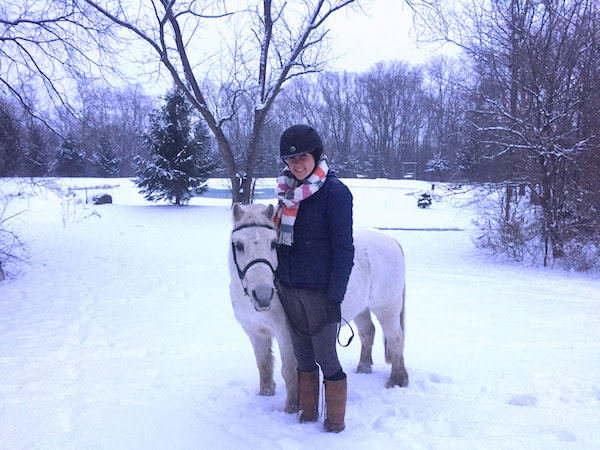 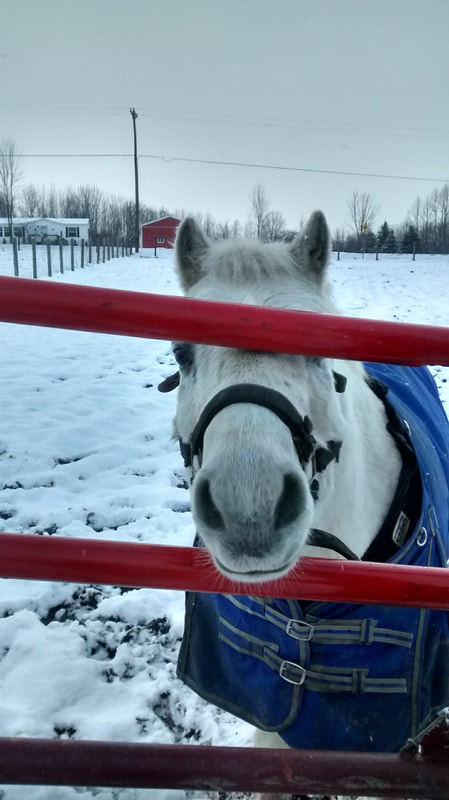 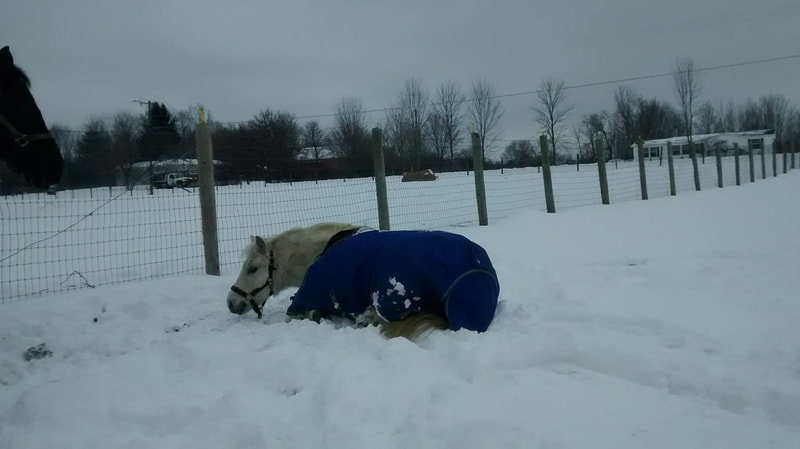 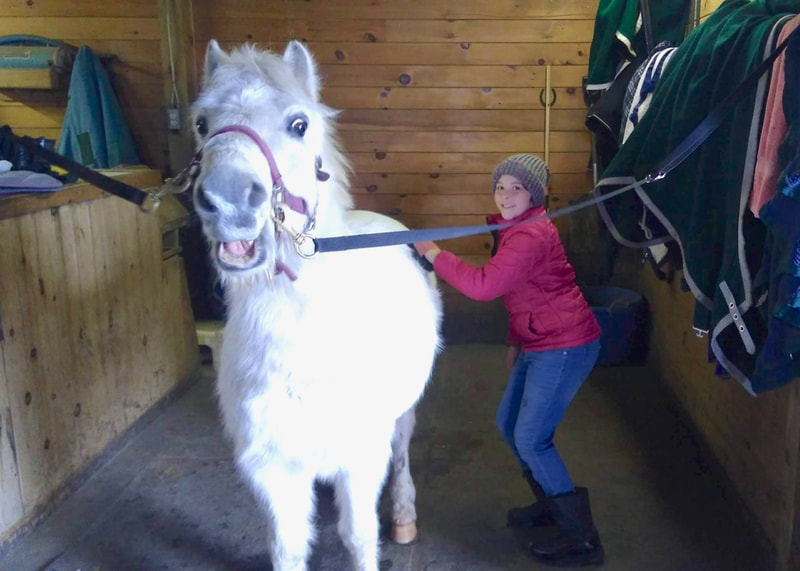 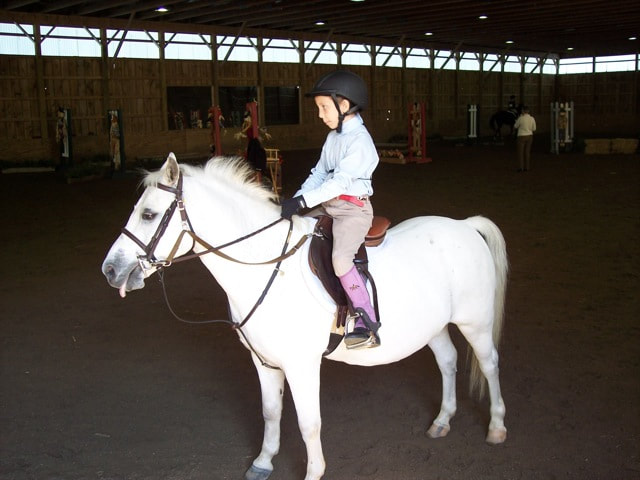 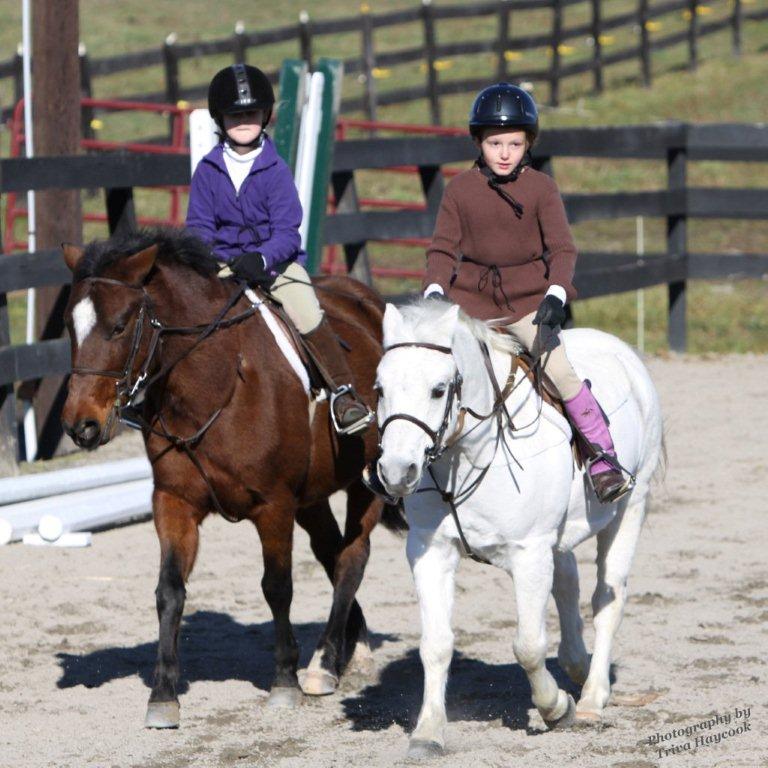 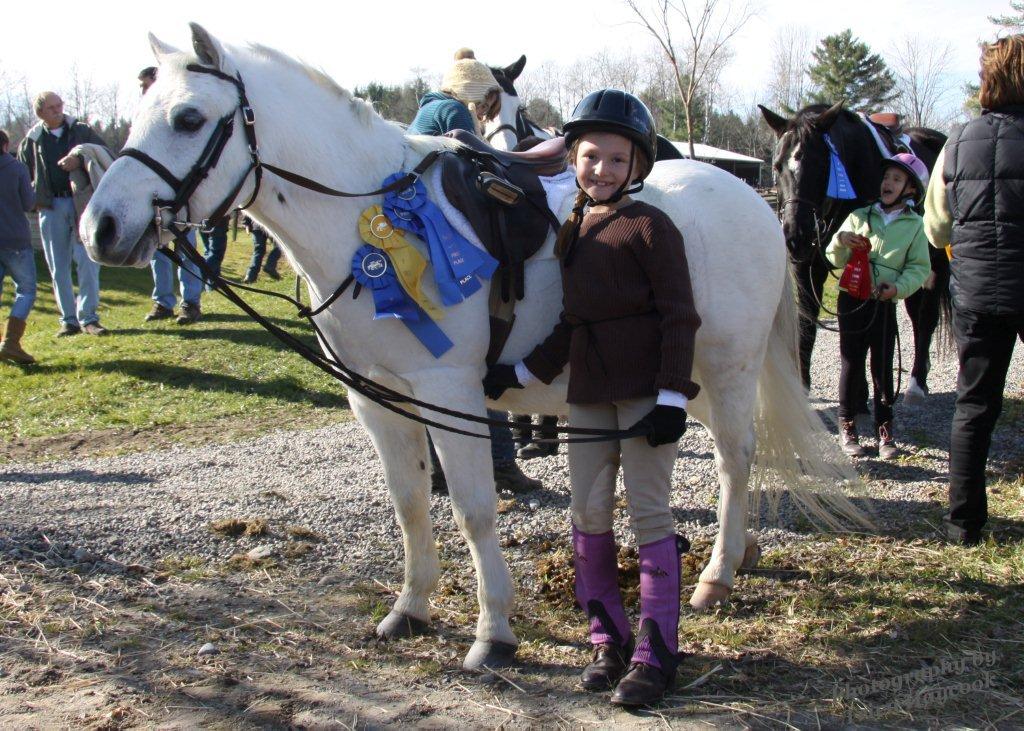 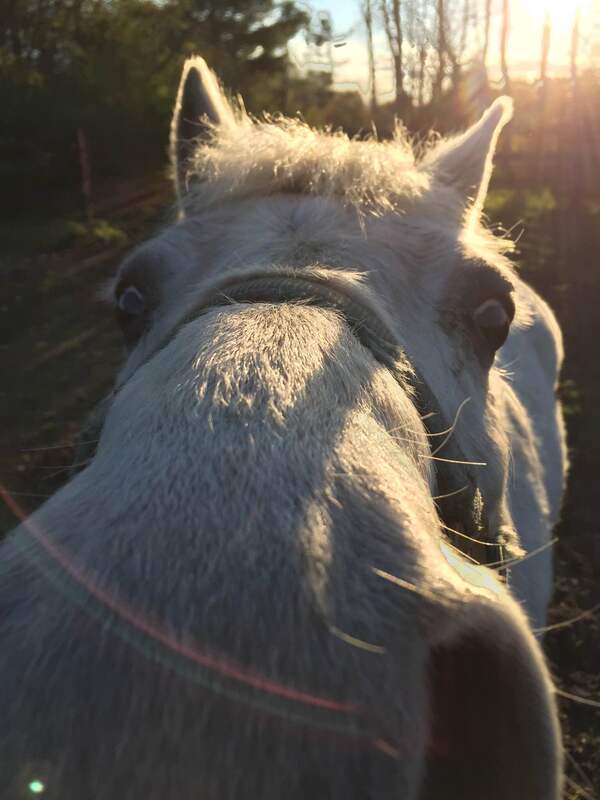 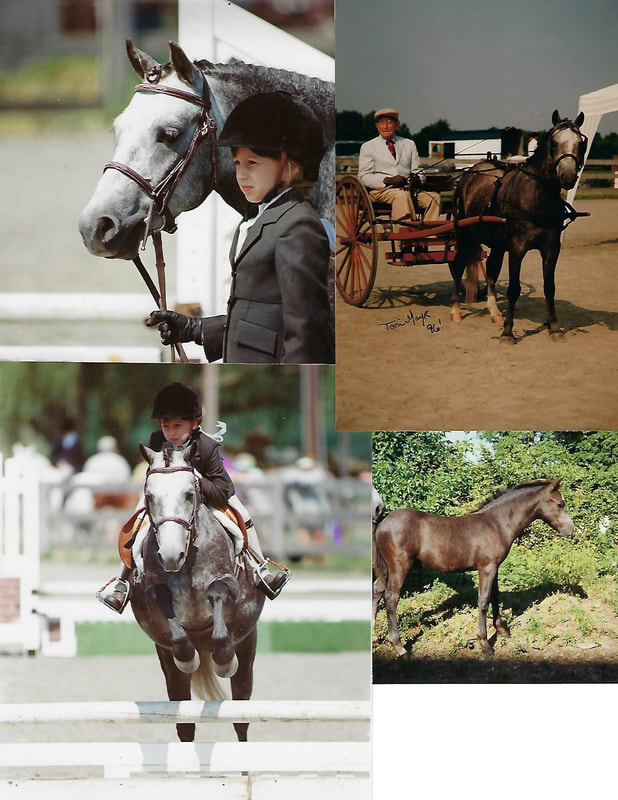